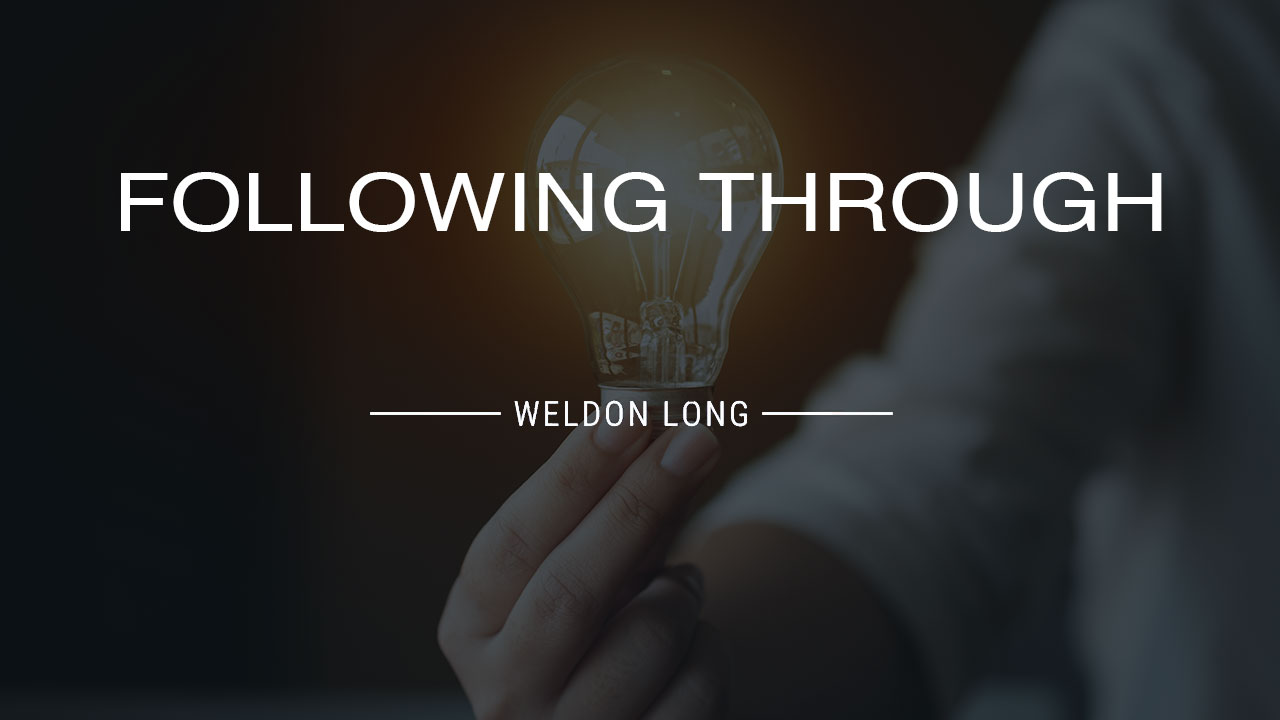 “I thought of that idea before it took off!”

We’ve all heard someone say that or something like it, or maybe even said it ourselves. Usually it’s followed by some form of regret or talk of how rich they would be if they had gotten credit. But that is not how the world works.

Thinking of something is literally just the first step in a long process of hard work and effort. It doesn’t mean that you are entitled to any benefits from what someone else creates, and it doesn’t mean you actually “invented” it first.

Ideas are the first part of the process, but plans are right behind them. Maybe you drew up a picture of what you think your big idea would look like on a napkin at the bar. Maybe you even built a working model of one. You still haven’t completed the process.

There’s a hypothesis called simultaneous invention that basically says that most inventions or discoveries are either made at or around the same time by multiple people. There’s also the idea that the fact that many people interact with something all at once directs the evolution of not only the first product, but later products as well.

Take a look at iPhones, for example. Their touchscreen interface and App Store took over the world when it first became publicly available. As soon as other companies got their hands on those models, improvements began, and trade of ideas back-and-forth among all of the smartphone manufacturers has been going on ever since.

So while Apple made the first mainstream smartphone, it is not the only innovator in the field of touchscreens and other similar technology. There’s a sort of symbiosis that happens as the idea reaches more people and evolves.

This is the same for ideas. You might have an idea, but you have to see it through to a conclusion – any conclusion – before you can really say you have “invented” something.

I talk about processes all the time, and there’s a good reason for that: Processes help you make sure you get from Point A to Point Z.

My current success, and everything that I have accomplished since 2003 has been because I built a process for everything I wanted to achieve, and I worked to make sure I completed those processes.

Any process, whether you are trying to embrace The Upside of Fear, work toward the Power of Consistency, or invent the next big hit for Shark Tank, means nothing if you don’t act on it.

So kudos for having an idea, now it’s time to get to work.

A good process looks like an arch – it has small stones placed at the beginning and end on either side that are built up in small steps until you reach the top. At the top, you slowly start adding larger and larger stones until you reach the keystone at the very top to hold it all together. That keystone is the success you deserve, but also what you have to work so hard for.

What Steps Should I take?

It’s going to depend on what you are trying to accomplish, but there are a few broad steps toward building a good process.

You can learn more about what I call the “Quiet-Time Ritual” and the power of mindset in my Power of Consistency course or my book with the same name, but essentially you need to make routine part of your success. Ask any writer or creator how they write a novel or paint a painting, and they will tell you that you simply have to do something every day.

In business, having that ritual is what you need to do every day to make sure you are able to continue moving forward with your success.

Of course, the follow through is the most important part of this. If you say you are going to do your ritual every day to build your success, you have to actually do it! You wouldn’t believe how many people I have talked to over the years who couldn’t understand why they weren’t successful, only to find out they had stopped doing anything to actually be successful!

I can’t carry you to the finish line to find your own success, but I can help you find that success and empower yourself to reach new limits. At the end of the day, only you can take that idea of yours and make it into reality. Go get it!

Weldon Long is a renowned speaker, motivator, author, and business success coach. Sign up for our invaluable online training or book him to speak at your next event.

Weldon Long is a successful entrepreneur, mindset expert and author of the NY Times Bestseller, The Power of Consistency.

Weldon Long is one of the nation's most powerful speakers and a driven motivator who teaches the Prosperity Mindset philosophies that catapulted him from desperation and poverty to a life of wealth and prosperity.